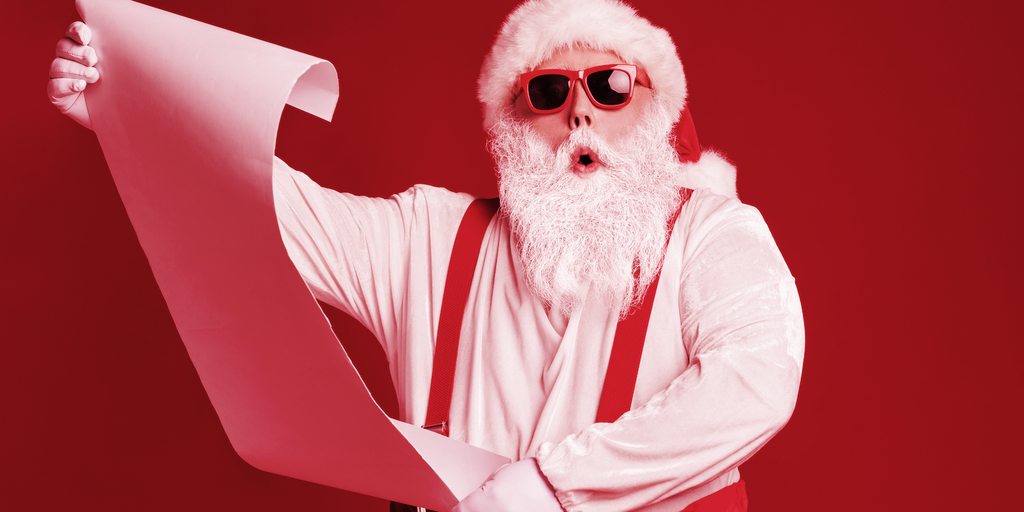 Whether it’s donating funds to charity, preventing hacks, or rewarding early adopters with community ownership, these folks made Santa's crypto nice list for 2021.

Vitalik Buterin Ethereum had a banner year in 2021, more than quintupling in value at its peak as the NFT market swelled and DeFi activity expanded.

See, when the Ethereum-based meme token Shiba Inu launched, the creators sent about half of the total supply to Buterin’s wallet as a stunt.

Buterin pleaded with projects not to send him any more tokens, but given what he did with the unsolicited SHIB, he ended up looking like a pretty ideal steward for a stash of meme tokens.

Ahead of a token launch for BitDAO in August, samczsun began examining the smart contract for the sale—and a flaw he noticed quickly proved to be a much bigger vulnerability, one that could’ve led to a $350 million hack.

Frances Haugen This one’s technically crypto-adjacent, but we still think it’s worth shouting out.

Born out of Crypto Twitter chatter and brought to life by Universe.XYZ, an Ethereum NFT marketplace project, the collection of 10,000 NFT lobster avatars raised $3 million worth of ETH to support Coin Center, a leading U.S. lobbying group.

Ethereum Name Service Unlike traditional tech startups, crypto-native projects can “exit to community”—that is, turn over ownership to early users and supporters via a token drop.

That’s exactly what Ethereum Name Service did in November, airdropping hundreds of millions of dollars’ worth of ENS tokens to people who had used the service.

For her shape-shifting Fortune magazine cover NFTs, pplpleasr and the magazine donated more than $650,000 worth of ETH between four journalistic organizations focused on free speech, while her recent Animal Crossing-inspired Solana drop yielded about $127,000 for as-yet-unannounced causes.

Edward Snowden’s Freedom of the Press Foundation works to protect and assist journalists around the world, and it received $5.4 million worth of Ethereum from Snowden’s own “Stay Free” NFT sale in April.