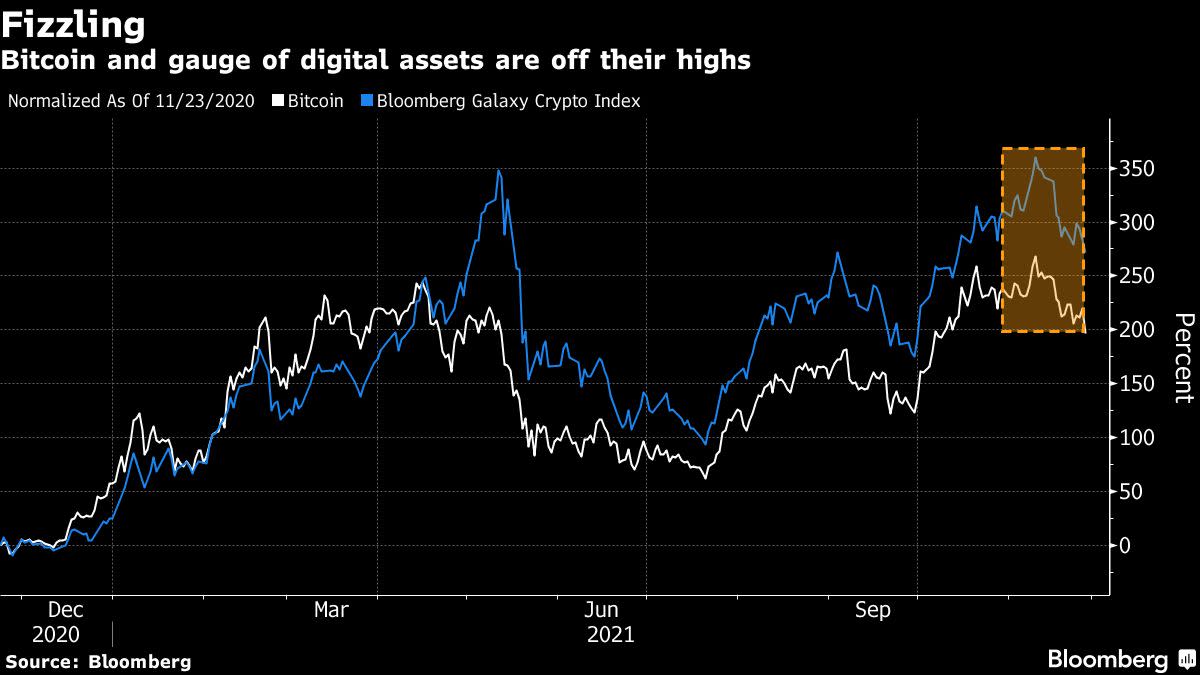 (Bloomberg) -- Most Read from Bloomberg Billionaire Family Feud Puts a Century-Old Business Empire in Jeopardy Asia’s Richest Man Looks to Walton Family Playbook on Succession The 24-Year-Old Aiming to Dethrone Victoria’s Secret An Arab City’s Booming Art Scene Is Also a Grab at Soft Power The Winners and Losers From a Year of Ranking Covid Resilience Bitcoin tumbled 20% from record highs notched earlier this month as a new variant of the coronavirus spurred traders to dump risk assets across the globe.

Bitcoin itself has been under pressure since reaching a record high of almost $69,000 earlier this month on enthusiasm over the first U.S. exchange-traded fund linked to futures on the digital asset.