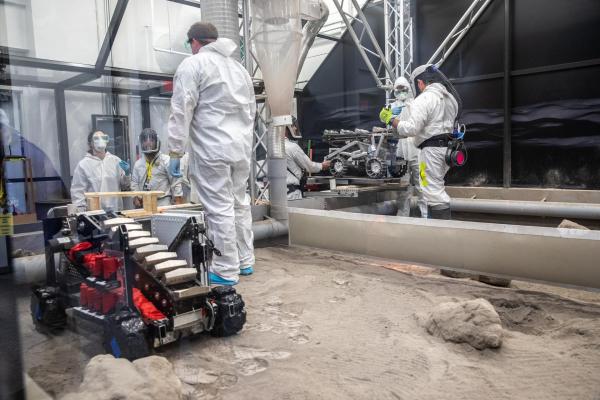 The NASA-hosted challenge saw 39 teams of university students building lunar mining robots, which were tasked with digging up rocks in simulated regolith (the material making up the lunar surface) at a final competitive event recently.

This year’s event marked the first time the competition has been held indoors, in a specially designed regolith simulant arena.

“An interesting effect was that the regolith simulant was drier than when it was outdoors in a tent, so the competitors noticed a change in its shear strength, causing it to fluff up, making it harder to drive on — just like the Moon!,” Robert Mueller, a senior technologist and principal investigator in Kennedy’s Exploration Systems and Development Office who co-founded the competition, said in a press release .