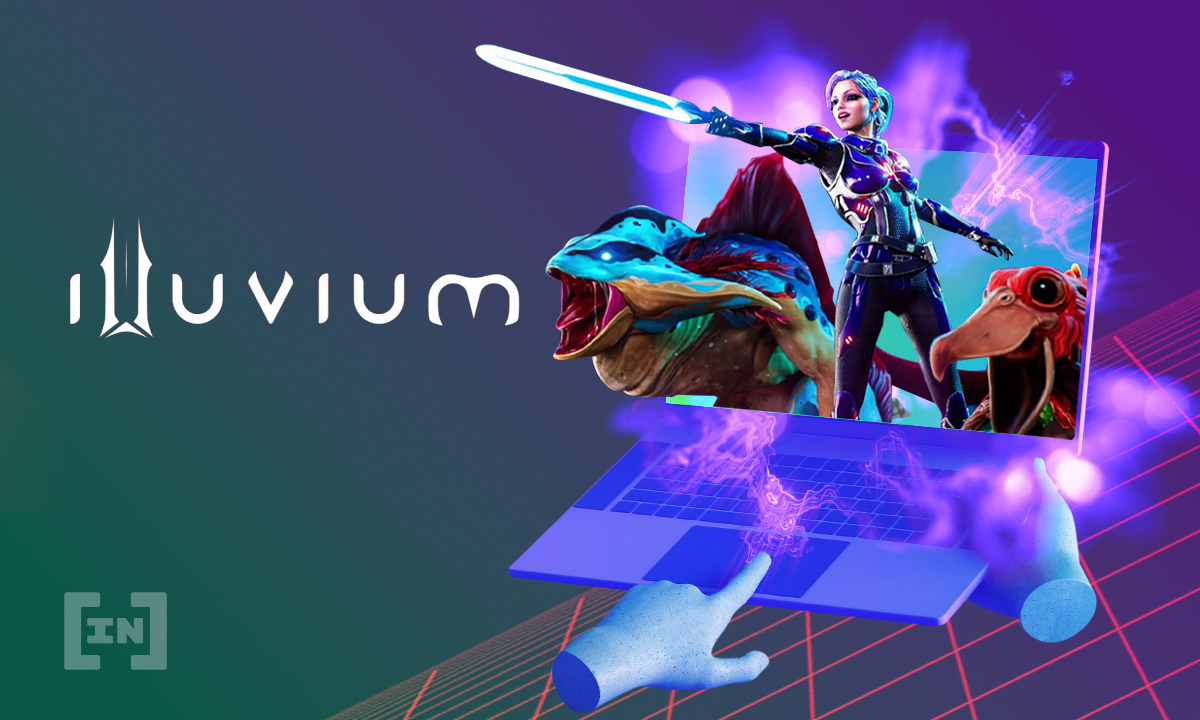 Illuvium is a play-to-earn AAA NFT blockchain game that is due for release in the coming months, with a beta version soon to be launched.

What is Illuvium (ILV)?

What is Illuvium (ILV) token?

With Illuvium, users can also earn non-fungible tokens (NFTs) and stake their tokenized assets within a decentralized, zero-fee framework.

It leverages a decentralized governance structure to maximize the ecosystem’s illuvium (ILV) token as well as the Illuvium decentralized autonomous organization ( DAO ).

Illuvials are creatures that inhabit the world of Illuvium.

They become part of the player’s collection and can fight other adventurers in Illuvium’s Auto Battler gameplay.

The game allows players to explore the world and build their own team of powerful beasts.

There are many uses for the ILV token within the Illuvium ecosystem.

It is the primary token that rewards players for their achievements in-game.

To start playing Illuvium, you first need to register and create an account on illuvium.io using your email address.

The Illuvium project’s core mechanic is about customizing and collecting your NFT Illuvials.

Illuvials with greater power can combine classes and affinity.

It allows you to make tactical choices about the Illuvials that you use and collect.

Once they reach a certain level, users can merge their Illuvials and create new ones with greater power.

To start playing and collecting NFTs, you will need to catch an Illuvial.

Five affinities are available to Illuvium: Air Nature Fire Water Earth Based on the type of their affinity, each Illuvial deals or takes damage.

The more you use your Illuvials in battle, the more powerful they become.

Illuvium is an RPG game where players travel to different regions to battle monsters called Illuvials.

Collected Illuvials see their powers increase over time as they fight more.

Combat, which isn’t turn-based, is one of many ways Illuvium is different from other RPGs. Each combat instance is an automated battle in which the player strategically places their Illuvials to counterattack their opponent.

We will have to wait for the release of the beta version of the game to understand exactly how to play Illuvium.

When playing Adventure Mode, players can capture defeated Illuvials after a victorious fight.

Illuvials aren’t able to evolve as they would in traditional role-playing games.

However, Illuvials are able to merge and create more powerful stages in their development.

The first is that the player must possess three of the same Illuvial.

To earn more combat bonuses, players have the option of teaming up with another Illuvial.

Illuvials are able to gain experience and level with each battle.

Also, it’s not a good idea to keep an Illuvial in a Shard with no combat because it cannot gain experience and level up if it’s not used in battles.

There are three games modes described in Illuvium: Story mode Ranked arena Arena Leviathan In the story more, players will be able to explore the globe and find new Illuvials to fight for them.

Illuvium is unlike other blockchain-powered games.

You can exchange Illuvial assets on IlluviDEX, including Illuvial NFTs. Each sale has a 5% commission funneled into the rewards pool of ILV stakers.

The Illuvium yield farm program has allocated 3 million ILV, which is equivalent to 30% of the maximum supply of 10 million.

The Illuvium crypto is an ERC-20 token.

It has a variety of uses within the Illuvium game and its ecosystem.

There are two types of tokens ━ ILV and sILV.

The ILV rewards can be vested for one year, but sILV may be used immediately to play the game.

The Illuvium crypto (ILV) token has three main uses: In-game rewards: Players receive ILV coins for their achievements in the game Staking: Holders have the option to stake ILV at the Illuvium Vault.

Governance: Through the Illuvium DAO, holders can take part in game governance.

Stakers can opt to skip the unlock times by converting ILV rewards into a secondary, in-game asset called sILV.

Illuvium’s price is determined by a combination of speculation about the game’s success as well as its utility in staking.

To buy Illuvium, you’ll need to have an account on one of the crypto exchanges that offer ILV.

Note that you will need to transfer your ILV funds to a crypto wallet if you want to stake it later or just prefer to keep it safe.

At the moment of writing, you cannot purchase Illuvium (ILV) directly, and you will need to buy one of the available cryptocurrencies.

You need to scroll down to set a buy order for ILV/BTC on Binance.

If you wish to buy the ILV tokens as soon as possible, you can do so by clicking on the Market tab (top left, under Spot).

After your order, you will see the ILV tokens in your account after order execution.

You can stake Illuvium (ILV) directly from your wallet.

Go to staking.illuvium.io and connect your wallet that holds the Illuvium (ILV) tokens.

After you connect your wallet, you should see the available options for staking ILV tokens.

There are two pools available for staking ILV tokens.

You want to stake ILV tokens, so you will choose the first option.

You will get to choose the amount of ILV tokens to stake.

After you select the desired amount of ILV tokens to stake and the preferred mode (Flexible/Locked) and the time for the locked mode, you need to click Stake and then confirm the transaction on the blockchain, from your wallet.

Rewards can be collected in form of ILV or sILV tokens.

Note that ILV rewards are locked for a year, but sILV tokens are in-game tokens only and can be used immediately after they’re claimed.

With the launch of Illuvium’s staking platform, the game has already gained a lot of attention, traction, and trading volume on the crypto exchanges.

Although the gameplay mechanics of Illuvium are very similar to those of Axie Infinity and other blockchain games, Illuvium’s look, feel, functionality, and design seem superior.

Will Illuvium be the first AAA experience in the NFT gaming industry?

Illuvium is a play-to-earn RPG game that is based on the Ethereum blockchain, featuring the ILV tokens, which can be exchanged on crypto exchanges.

You will need an Ethereum wallet to connect to the DEX and then swap ETH for Illuvium (ILV).

However, in-game assets need to be purchased using ILV and sILV tokens.