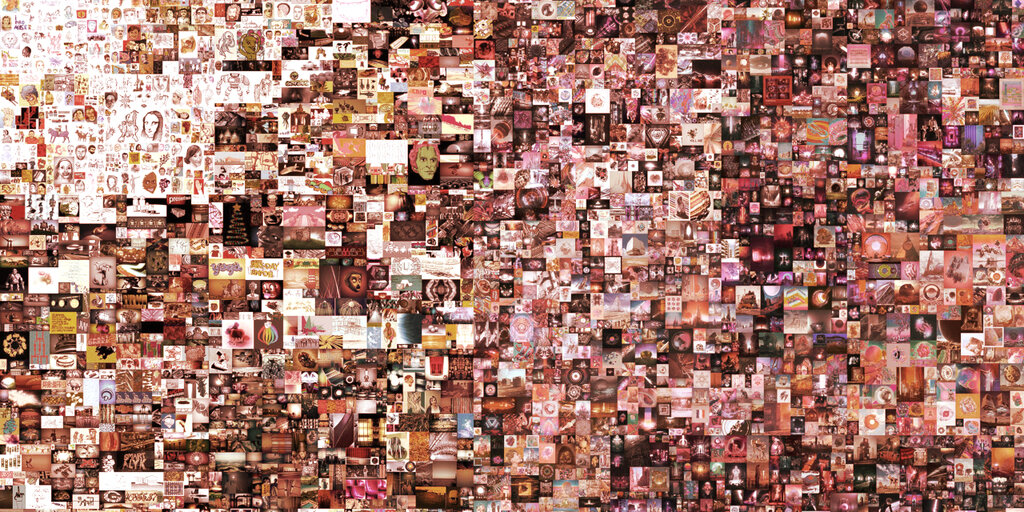 But in 2021, non-fungible tokens shot to prominence, as multi-million dollar NFT artwork sales made headlines around the world and the art establishment wrestled with the sudden emergence of a new artistic movement.

At the forefront of this NFT revolution are the artists: the pioneers who've led the charge towards NFTs, and the innovators who've experimented with this new technology, pushing the boundaries of what it means to create art as blockchain-based assets.

We've pored over the past year's NFT highlights to compile our list (not ranked) of the most innovative NFT artists of 2021.

All Seeing Seneca All Seeing Seneca is the lead artist who illustrated Yuga Labs' Bored Ape Yacht Club (BAYC), a PFP (profile picture) collection of 10,000 disinterested-looking ape images, each of which is randomly generated with a set of assigned traits.

It's an example of how artists are starting to experiment with NFT platforms beyond Ethereum.

“2022 will be the year of photography NFTs.” Beeple American digital artist Mike “Beeple” Winklemann first got into NFTs last October after hearing how much his fellow artists made from NFTs.

'Chunk of change' turned out to be the understatement of the century; in March, Beeple sold an NFT titled “EVERYDAYS: THE FIRST 5000 DAYS,” a collection of his digital artwork spanning 13 years, for a record $69.3 million in a Christie’s auction.

Dmitri Cherniak Cherniak is the artist behind The Ringers, a collection of 1,000 generative art NFTs. Like Fidenza by Tyler Hobbs, the Ringers collection is stored on Ethereum via Art Blocks.

In turn, it makes it possible to experience my art in the way I intended as an artist, and IMO makes my art better.

In turn, it makes it possible to experience my art in the way I intended as an artist, and IMO makes my art better," The collection is highly sought-after, with the floor price currently at 35 Ethereum, or $138,900.

So it's no surprise that cartoonist Clon made waves with NFT project Cool Cats, a collection of 9,999 randomly generated felines rendered in fun and inviting pastel colors.

Although Gremplin made his debut only this year, he has quickly established himself both as a promising NFT artist and a community lead.

They’re some of the longest-service artists in the NFT space (from way back when the term was 'crypto art').

“Our usual artistic process used to take a long time,” Scalet told Decrypt, “but with the blockchain and its speed, the creative need of thinking about something and seeing it realized immediately after was satisfied.” Damien Hirst While much of the art establishment has taken a dismissive attitude to NFTs, one of their ranks has embraced NFTs, producing work that experiments with the boundaries of the medium.

Hirst's NFTs have a unique twist: the owner has to choose between keeping the NFT, or "burning" it in exchange for a physical copy of the art.

Is it better to hang onto a physical work by Hirst, or the NFT version—particularly since the digital image can be freely copied and shared?

Four months later, Hirst surprised The Currency holders with a free airdrop of Great Expectations, his most recent collection based on Drake’s “Certified Lover Boy” album, raising another dilemma for holders of the artwork; if you choose to destroy the NFT and keep the physical work, you run the risk of missing out on future airdrops by Hirst.

Tyler Hobbs Tyler Hobbs is a visual artist who uses algorithms to create art, which he calls “computational aesthetics.” He’s best known as the creator of Fidenza, a 999-piece collection based on an algorithm that generates unique patterns upon minting.

Fidenzas are part of Art Blocks, an Ethereum platform for generative NFTs. Hobbs' Fidenza #313, “The Tulip,” sold in August for 1,000 ETH ($3.3 million at the time of purchase), netting a massive profit for the seller—who minted the artwork for 0.58 ETH (about $1,400) in June.

"A piece of advice for artists is to try to make the work that only you could have made, which in some ways means you have to use all the skills that you have at your disposal to create the artwork,” he told Decrypt.

As the NFT space matures, expect to see more and more artworks that use their smart contracts in innovative ways, or to make an artistic statement.

Yam Karkai Even if it’s still early in the NFT boom, the space feels overwhelmingly male for now—from the artists featured on major marketplaces to the most prominent influencers.

Since then, she's emerged as one of the leading lights of the crypto art scene, producing work that experiments with the smart contracts that underpin NFTs and working alongside the DAO that formed to collect her work.